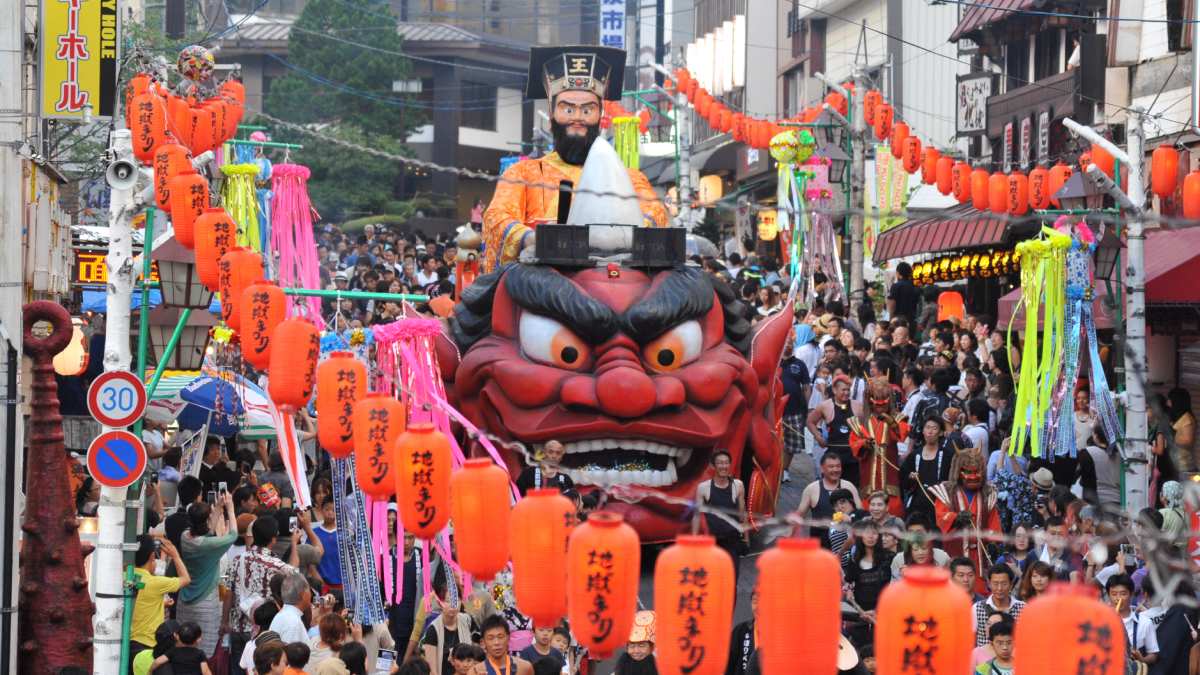 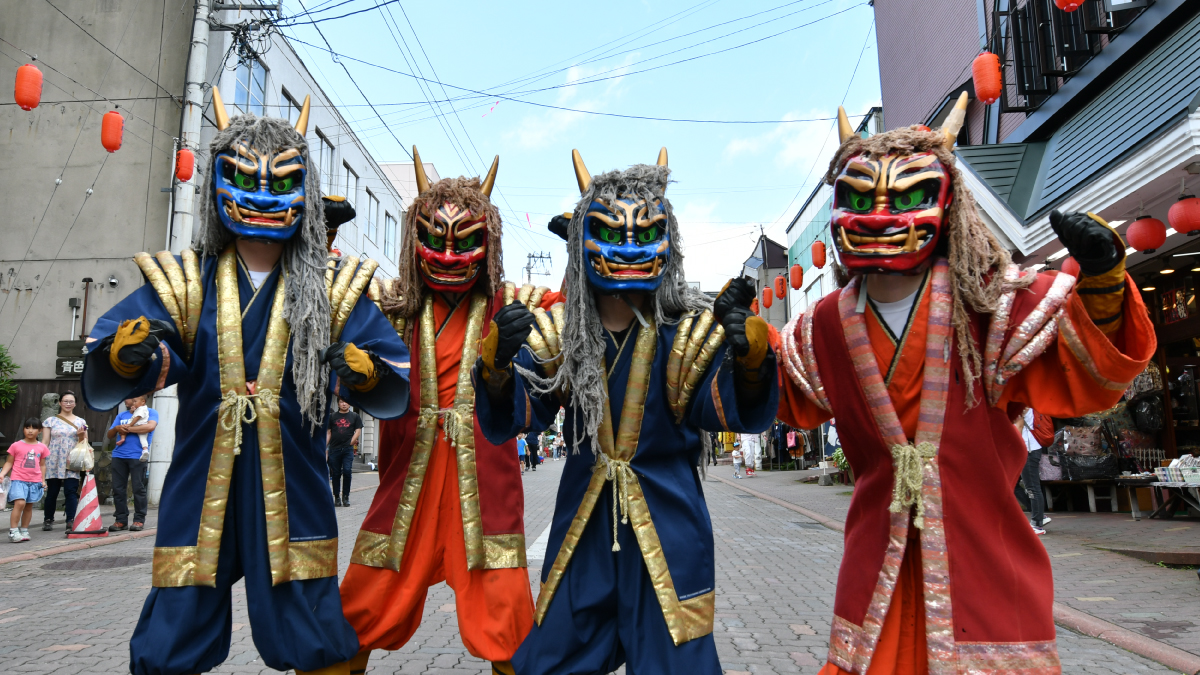 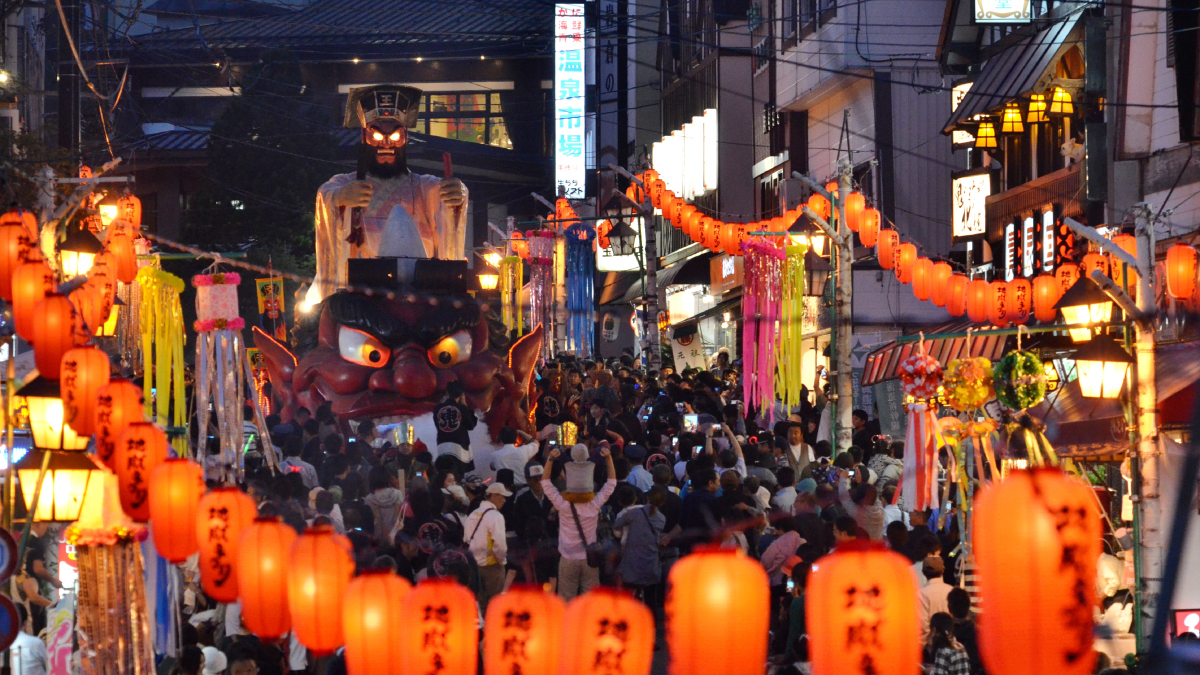 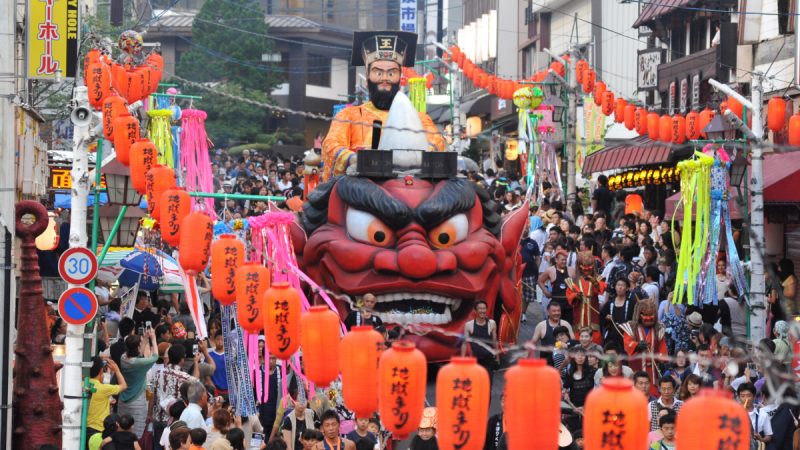 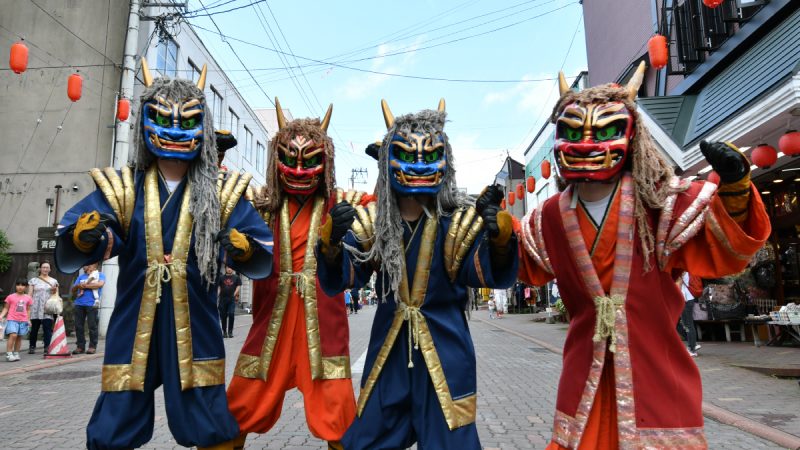 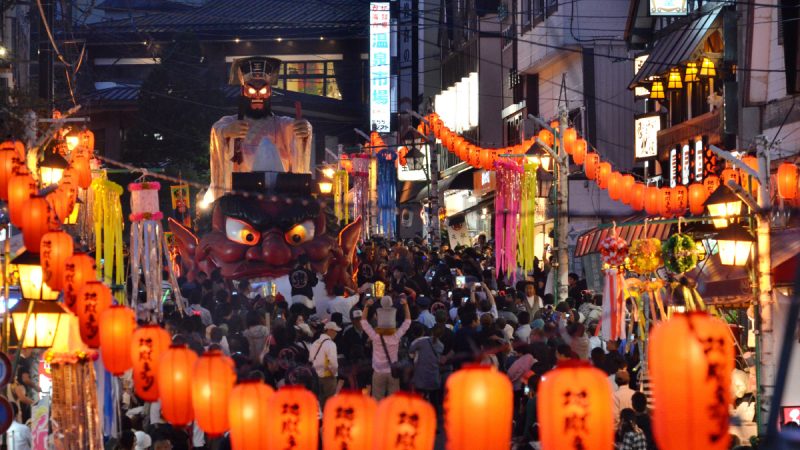 Noboribetsu Jigoku Matsuri is a festival based on the legend that on the last Saturday and Sunday of August every year, the lid of the cauldron of hell opens from Jigokudani (Hell Valley) in Noboribetsu Onsen, and the Great Demon King Enma visits Noboribetsu Onsen accompanied by his demons. The festival includes Noboribetsu taiko drums, a demon mikoshi portable shrine carried by students of Noboribetsu Junior High School, demon dancing, and more. The Great Demon King Enma parade through Gokuraku Street in the hot spring resort happens only once a year on the day of the Jigoku Matsuri, making it a must-see event.